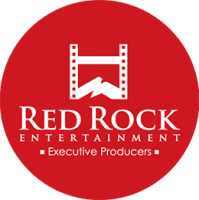 Red Rock Entertainment is a film investment company; working in conjunction with some of the top UK film companies to raise equity for independent film projects. Enter your details below to receive our FREE guide to UK Independent Film Investment

Who are red rock entertainment?

Red Rock Entertainment is a film investment company; working in conjunction with some of the top UK film companies to raise equity for independent film projects.

We are hired by production and distribution companies to finance their projects. We currently have a number of SEIS, EIS, equity and distribution investment opportunities available. Red Rock Entertainment always look for the right type of investor for the project and our sole focus is on our products as an investment opportunity. We ensure that we work alongside directors and producers to make sure that our projects stay within their proposed budget and timeline.

All monies paid by investors are sent directly to the production companies, and at no point do investors send any money to Red Rock Entertainment.

We can arrange for our investors to visit the sets during filming, appear as extras, and attend private screenings. We also arrange film investment seminars at our historic home Elstree Studios.

Red Rock Entertainment work as executive producers on film and TV projects. An Executive Producer is someone who has either personally funded or arranged the funding for a motion picture or television show. Making a television show, or film can be a costly process and so the Executive Producer essentially acts as the financial backer, helping the production to raise the extra finances and investment it needs to get to the distribution stage.

“RoboCop”; a movie that stunned audiences and captured the imaginations of an entire generation. With its unique brand of satire, humour and dazzling special effects, “RoboCop” was a movie that became a pop culture classic, thanks to the brilliant minds of writers Ed Neumeier and Michael Miner and an eccentric European director; Paul Verhoeven, who had never tackled anything remotely similar before. But it was no easy journey getting this dystopian sci-fi classic to the screen. From “RoboCop” suit issues, the film’s hyper-violent effects and colourful director, to clashes with the film’s ratings boards, “RoboCop’s” production went through numerous trials and tribulations to get to the finishing line.

The Laureate is the true story of Robert Graves, the globally renowned author and icon of the bohemian 20’s was married when he began an intense and torrid love affair with writer and muse Laura Riding. This led to a menage-á-trois between the married couple and a new collaborator. The arrangement was further complicated with the arrival of handsome Irish poet Geoffrey Phibbs.Tensions and rivalries reached boiling point, and culminates in Graves being charged with attempted murder. In the style of The Postman Always Rings Twice, Henry and June, and The Last Tango in Paris, The Laureate is a passionate and unflinching tale of sexual awakening, obsession, and jealousy, set during the life of one of the 20th Century’s most admired writers.

The story of ex-banger racer Jack Elgar who has to honour his brother's gambling debt by picking up a rare diamond necklace from an Arab prince off the cost of Cornwall and bring it back to London before he is killed. The trick is to stay alive as they race through the streets of London's Westend dodging bullets in the process.

Who do we work with?

On the film/television set Red Rock Entertainment’s main role is to ensure that the project is proceeding according to the set schedule and budget. Although as an Executive Producer we don’t have control over how the film is executed we do have a say in anything which may affect the films schedule or marketability. We focus on film projects that have a commercial appeal, an identifiable audience, moderately low and controllable costs and a sound
financial structure.

We also require that certain elements are in place before we will commit to any film project. We mainly work with film projects which are at an advanced stage and are looking for the final amount of financing.

Please submit a request form if you're interested to hear more

Good Returns isn't the only reason investors are attracted to Red Rock...

“IT IS NOT JUST THE RETURNS THAT ATTRACT INVESTORS TO THE FILM INDUSTRY BUT THE CHANCE TO TAKE ADVANTAGE OF OTHER PERKS.” CEO GARY COLLINS SPEAKS AT THE ROUND TABLE, GB EIS SUMMIT. Gary Collins, CEO of Red Rock Entertainment, Anna Sofat, Anthony Willis, Daniel Rodwell and Lucius Cary came together at the GB Investments EIS Roundtable in London. They discussed alternative investment providers, the distinct tax advantages to investing in EIS and SEIS and the firm attraction to the returns and per...

We can provide you with free information from Red Rock Entertainment!